New Minimally-Invasive Glaucoma Procedure: The ABiC Treatment – What It’s All About

Matossian Eye Associates glaucoma experts, including Dr. Ilya Rozenbaum, MD, work to stay up-to-date on the latest advancements in the field by attending conferences and constantly referencing scientific and industry journals. Part of this process includes learning new glaucoma procedures as they become available in the United States. Case in point: ABiC, or AB Interno Canaloplasty, the latest in our professional eye care approach to glaucoma treatment.

The word “canaloplasty” refers to a procedure that unclogs the canal in the eye responsible for draining fluid from it. The ABiC approach accomplishes this with minimal to no tissue damage, with incisions that are much smaller than those experienced during cataract surgery, thus allowing the eye to heal very quickly post-op.

There is also no implant (stent) left in the eye, making this procedure a natural alternative compared to more invasive glaucoma approaches. Of course – like just about everything in life – every procedure comes with certain risks. Relative to the older procedures, however, the risks in this instance are lower.

Another intriguing aspect of ABiC is that it can be accomplished on eyes with several (but not all) types and all stages of glaucoma, and can be done at the time of cataract surgery or as a standalone procedure. What’s more, studies analyzed by Dr. Rozenbaum and other Matossian eye doctor staff have shown the ABiC procedure to reduce eye pressure by some 30-percent on average while resulting in a staggering 50-percent decrease in the need for medication.

Though we touched on it a bit in the previous text, the benefits of canaloplasty are multi-fold, given that the procedure represents a minimally-invasive, non-penetrating approach that does not create a permanent fistula in the wall of the eye and does not require a bleb. This avoids the potential spectrum of bleb-related complications associated with traditional glaucoma surgery.

Such a minimally-invasive surgical approach not only dispenses with bleb-related complications but critically yields a long-term reduction in IOP, reduces the need for glaucoma medications and presents a good option for those patients suffering with open-angle glaucoma (OAG) who are not yet prepared for more invasive, traditional surgical procedures like trabeculectomy or tube shunts.

To the eye care professional, the aforementioned is important for this reason: By addressing all of the possible sites of resistance – including potentially occluded collector channels – canaloplasty enables surgeons to obtain post-operative pressures in the range of low-to-mid teens, which is a similar result achieved when using trabeculectomy.

ABiC…As Easy as One, Two, Three

ABiC’s safety profile and simplified surgical approach make it a viable option for the treatment of most glaucoma types, as we mentioned, and can be used in conjunction with existing drug-based glaucoma treatments, with or without cataract surgery, after laser or other types of incisional surgery and does not preclude or affect the outcome of future surgery.

Further, ABiC can be performed in three easy steps: First, the eye doctor creates a temporal clear corneal incision, approximately 1.8 millimeters wide. Next, an ophthalmic viscosurgical device is injected into the anterior chamber for the purpose of maintaining stability. From there, the iTrack microcatheter (Ellex) is introduced into the anterior chamber via a sideport incision in preparation for inserting it in the Schlemm canal. Using a 27-gauge needle, a small goniotomy is performed before placing the iTrack into the Schlemm canal and advancing it 360-degrees. The final step involves extraction of the iTrack and performing viscodilation (of 15 to 20 clicks).

The procedure is indicated for the reduction of elevated IOP in open-angle glaucoma (OAG), including OAG with ocular surface disease and patients who are intolerant of antiglaucoma medications. ABiC is also suitable for the following:

• OAG with narrow but non-occludable angles after laser iridotomy

Canaloplasty is contraindicated for the following:

The post-operative regimen for ABiC is being studied exhaustively by Matossian Eye Associates team members like Dr. Rozenbaum, and thus far remains similar to that for standard cataract surgery in that topical antibiotics are often prescribed, along with a low-dose topical steroid for three to four weeks. Patients are instructed to avoid engaging in extreme lifting or bending – and that’s pretty much the entire warning roster.

When it comes to trabeculectomy and glaucoma drainage implants, patients are usually prescribed drops for at least two months, and no physical exertion for up to eight weeks.

When it comes to MIGS – micro or minimally-invasive glaucoma surgeries – ABiC’s mild touch and manifest efficacy make it quite the compelling option for many patients. In fact, many vision care medical professionals have found that their practice has changed considerably over the last few years following the adoption of MIGS.

The future is indeed bright for the treatment of glaucoma, with more and more procedures going beyond the traditional methods of lowering the pressure in the eye via drops or garden variety surgery. Talk to one of our experts if you are interested in learning if a method like ABiC might be effective in treating your glaucoma. 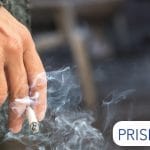 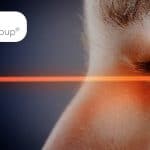 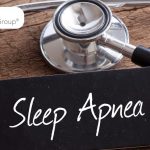 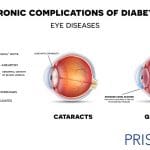